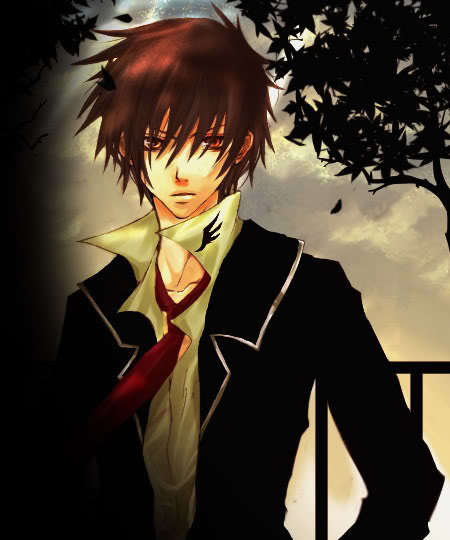 Shadow’s older brother Zephyr is the wisest and oldest of the three brothers though just like Shadow he is part Vampire and part Demon he rarely shows his demonic side to anyone as he had somehow managed to tame the beast within him, so generally speaking he will stay in his Vampire form he doesn’t like sunlight but he can still walk in it although it gives him a headache.

He is also somewhat protective of both of his younger siblings as such he will jump in to help either of them whenever they need him he can also be rather quite though that side of him is just a mask for his more dark personality as he has a bit of a sadistic personality when it comes down to it though he generally doesn’t like to show others that side of him especially people that he just meets it still might come out at times. When he gets to know people even if only just a little bit he will tend to relax a little bit if he doesn’t think they want to harm him or anyone in his family only then will he show a little bit of emotions even to the point where he is kind or protective towards them. If he thinks they have something against him or his family however he won’t be so quick to drop his guard.

A boomerang[ His father gave him]

A Axe [Which is like both of his younger’s sibling’s swords as it will change color with who uses it.]

Tail Jet Black its from his Demonic half so it has a triangular point at the end of it.

Demonic Form:He normally appears as a panther however his true form is closer to that of a Chimera or a Panther with Black Demonic wings.

Keep in mind even when said character is in a relationship I more then okay with rping him in another timeline so other people can have the same story outcome. Ie he can have multiple lovers so don’t claim him as only yours.

You may take this post as anyone can rp with him if they want to from here on out.